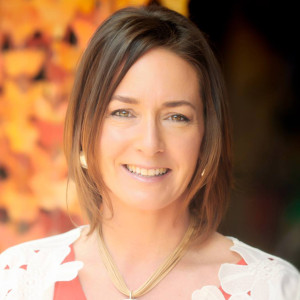 Margaret Jacobson is a Certified Wellcoach. She has a Masters in Health Services Administration and a BA in Neuroscience. She has also completed a two year program in Goddess studies and Women's Empowerment based in the Hawaiian Aloha tradition. Margaret is a dose of fun and play, deep compassion and fire it up feminism that will refreshingly splash over you to wake your sleeping bits from within.

I had been sleeping for months on an inflatable mattress on the floor of a small room that had once been the office of my ex-grandfather in law. I had carved it out as my office in a desperate struggle to find something in the house that was mine. The room appeared to have been more of a small dining room with a little pass through to the kitchen when the house had been first built in the 1920’s. It was in the front of the house on a small alley way street in the low hills of Mill Valley and I can recall hearing the two papers being delivered, The Marin IJ and The Chronicle around 4:30 or 5AM. Yes, one paper wasn’t enough…this was a two paper house and I didn’t even read it. When I had initially left the bedroom that the children’s father and I shared , I had told the kids that Mommy needed to have space to dream big dreams about her new business, the Mother Rising. It was a painful process and was slammed in everyone’s face when I had to motor up the big inflation device each night and then deflate it each morning.

Eventually it became unsustainable and it was obvious that someone needed to move. Though I was the one caring for the children after school and in the evenings until their father got home, the house was a family home to his side of the family. It was pretty clear that the person moving out was going to be me. But with no money and no other options, I had to move sixty-five miles away to my parent’s house in Los Gatos. For those familiar, the circumstances weren’t dire. This was moving from one well off community to another. The weather is better in Los Gatos and I knew lots of people there, having been heavily involved in the Los Gatos High student government and other groups within the community while growing up. However, leaving my three children? It was HELL. Don’t think for a second that any bit of moving out and being away from them was easy. It was the most horrible wrenching in my heart. It was lonely and painful and ripping me apart.

I tried really hard to put on my big happy face for my parents. I mean they needed to be reassured that I could withstand it and was strong. They were gracious in helping me both physically and financially and the last thing I wanted to do was worry them unnecessarily. So I made going to the store to buy groceries my excuse sometimes to get out of the house and go for a cry. Probably about 4 moon cycles after I had moved to Los Gatos, I had hopped in the car to go to Trader Joe’s for some things for myself and my parents. On the way there, I was blubbering incessantly. Big streams of tears and massive snot running down my face while driving. Really pretty, I know. So what does one do when you can’t stop the tears? Go for something that will make you a little happier and thankfully, this vice is pretty tame. I grabbed the chocolate bar that was in the small side pocket of the door of my Toyota Sienna minivan. If you have one of these pockets you know what I am talking about. They are small and discreet and it’s where my special chocolate gets kept…in case of emergency. And it was an emergency. I ripped it out and began chomping away in the most unsavoring way. Just biting into it and taking big hunks with several chews and then swallowing. I was immersed in a frenzy of chocolate, snot and tears. It still felt bad but was feeling a little better? Maybe.

I arrived at Trader Joe’s and miraculously looked in the mirror. Oh great goddess! It was hilarious. Not only did I have big giant puffy eyes, red face, tears still spilling out the corners of my eyes and constant run of the nose, but the chocolate was ALL over my face. I looked like a 1 year old eating their cake on their first birthday. It was so funny! So I started laughing and laughing at the insanity of the whole big entirety of it all. And being a “glass half full” gal, on the plus side it was one day that I didn’t need pre-salted chocolate. I had salted this chocolate with my tears. The chocolate was delicious and I looked ridiculous! I cleaned myself up like nothing had happened at all, hahahha, well as best I could. Took a big inhale and a bigger exhale. Grabbed my list, my purse, my keys and straightened my spine and walked forward into the market with a devilish smile on my face, laughing at myself and my previously mucked up slobbery face of chocolate freak out.